As of today, cardiovascular disease is considered the main cause of the fatal outcome in both men and women worldwide. In compliance with the statistical evidence gathered and reviewed by the American Heart Association, heart disease kills more than 2,300 people each day in the USA alone, taking one life literally every forty seconds. As of worldwide statistics, the said credited source states that cardiovascular diseases have been the cause of death of approximately 17.9 million people worldwide – this number is expected to grow up on at least 30% in 2030.

Therefore, against the backdrop of such a major crisis, the reasons behind the program aimed at optimization and utilization of all the factors potentially decreasing the risks of heart diseases are obvious.

Every significant factor contributing to the general reduction of the liability to cardiovascular disease should be implemented and active lifestyle is regarded as the main parameter.

How physical exercises contribute to the prevention of cardiovascular disease 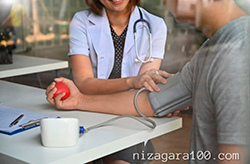 In compliance with the numerous reports provided by the WHO, more than 20% of adults worldwide suffer from insufficient physical activity. In general, high-income countries have higher rates, reaching 26% of men and 35% of women whereas low-income countries usually demonstrate generally lower parameters.

These numbers should be taken into account since it is proven that moderate physical exercises provide a wide range of health benefits, the most important of which are the following: